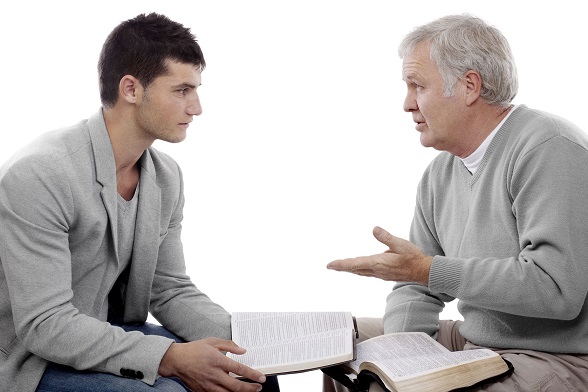 What differentiates the worldly from the godly leader? A godly leader is at once visionary, inspirational, ethical, and spiritual.

The visionary leader sees something that others didn’t see. His vision propels him into action. His unbending resolve catches our attention. He is a man on a mission, with a vision from God. He lifts our thoughts from the ruts of routine, ordinary thinking. He helps us see what he sees. Through him, we catch a glimpse of ideas much larger than ourselves. The clarity of his vision captures our imagination, releasing energy and creativity.

An inspirational leader points the way. He elevates the vision of what people believe they can accomplish to a new, loftier height. His ideas reach beyond his own private interests. He seeks the welfare of many. He evokes confidence and people follow. He leads by example; he only asks people to do what he does. He energizes people through his constant cheerleading and encouragement.

The ethical leader sets the moral tone. He not only commends ethical behavior, he demands it. He calls for fiscal and moral responsibility, and the example of his own life demonstrates his message. Integrity marks his private and public lives through a one-to-one correlation between his Bible, his belief, and his behavior. He holds himself and others accountable to the guiding and organizing principles of the organization he leads, which reflect his own convictions and dream.

The spiritual leader creates a spiritual climate. He has deeply considered his private faith must impact his public duties. Without words, he creates a spiritual climate. He walks among us as one who serves. He lifts Christ so high in his own life that others respect his message. He regularly finds himself with opportunities to give an answer for the hope that is in him. He carefully considers the difference between temporal versus eternal leadership. Therefore, not without risk, his public life engages the world.